Who is Anna Mani? Whose efforts made the Indian weather forecast possible! 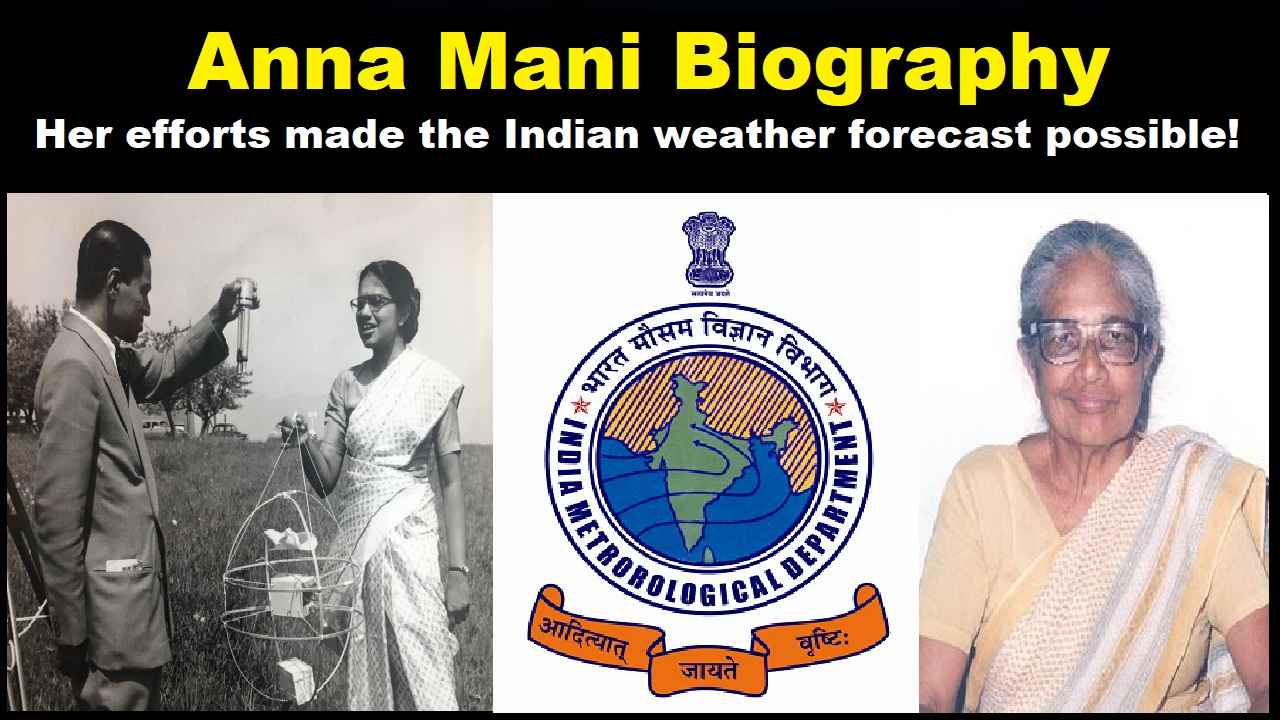 Who is Anna Mani? On the 104th birthday of Indian meteorologist Anna Mani, search engine Google honored him by making a special doodle. Let us tell you that Anna Mani has contributed significantly to the design of weather observation instruments. These instruments play an important role in measuring and forecasting the weather aspects of India. Let’s know the complete biography of Anna Mani!

Who is Anna Mani?

Anna Mani was born on 23 August 1918 in Peerumedu, Kerala state, India. Anna Mani graduated in Physics and Chemistry from the Presidency College, Chennai (Madras) in 1939. After this, she also went to Imperial College, London in 1945 for further studies in Physics. From where he acquired expertise in meteorological instruments.

When Anna Mani returned to India in 1948, he started a job in the Meteorological Department. He has also written many research papers related to meteorological instruments. She performed so well in this male-dominated field that by 1953 she became the head of a division.

In 1969, Anna Mani was appointed as the Deputy Director General in the Indian Meteorological Department. Under his leadership, over 100 weather equipment designs were simplified and standardized for production.

Anna Mani also set up a workshop in Bangalore that used to measure wind speed and solar energy, apart from doing research on the ozone layer. In 1976, she retired from the post of Deputy Director of the Indian Meteorological Department.

Mani was a Gandhian woman. She mostly wore Khadi clothes. Anna Mani was awarded the INSA K. R. Ramanathan Medal in the year 1987 for his contribution to the field of meteorology. On 16 August 2001, Anna Mani said goodbye to this world in Thiruvananthapuram.

She gave us gadgets to measure weather, and laid the groundwork for renewable energy.

What is depression? Why does it happen?

How to activate Jio 5G network on your phone?