What is depression? Why does it happen? How to recognize it? Ways to avoid depression 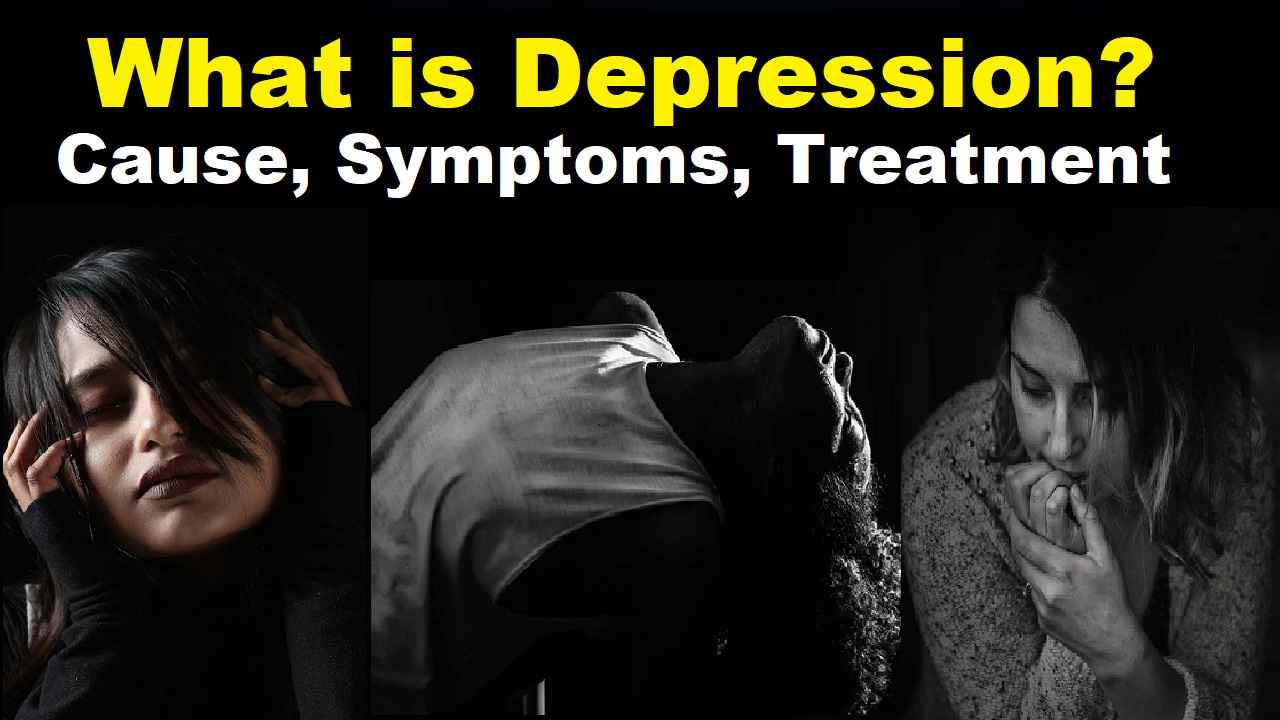 If you or any of your relatives are also suffering from depression, then the question will arise in your mind what is depression? Why does depression happen? How to recognize depression? Ways to avoid depression. How is it different from sadness? When to go to the doctor, after which symptoms appear, it can be dangerous to avoid it, does the medicine never stop? So today we will tell you the A to Z of depression.

Depression is a mental problem. Tension, nervousness, mood off, or sadness, all these are symptoms of depression. These come and go every day, but if feelings like unhappiness, sadness, helplessness, and hopelessness persist for a few days to a few months and make the person unable to carry on with his routine normally, then it can be a sign of depression.

Tension, nervousness, mood off, or sadness, all these symptoms keep coming and going in life. They can come several times a day. The process of their coming and going goes on. But due to these reasons, our work, our routine, our body language, and our energy level in body are usually not affected much.

When such emotions come and stay and start making their home in someone’s mind, then there is a problem. Due to this our normal work starts getting affected or the level of sadness increases so much that it seems that nothing can be done right now, there is no feeling to talk to anyone at all. If the mind is completely removed from all those things in which there was a lot of interest earlier, then these are the symptoms of depression.

How does depression happen?

There are some neurotransmitters to carry messages to our brain. The most important of these is serotonin. It also regulates our mood. Not only this, but it also transmits the message of the brain to our digestive system. It is believed that its deficiency can lead to depression. Lack of serotonin also disturbs sleep. Usually, medicine is given to increase this.

Serotonin and Dopamine are responsible for depression!

In addition to serotonin, other neurotransmitters also play an important role. One such neurotransmitter is dopamine. It originates from our mid-brain. It is also called the happy hormone. When there is a deficiency of this hormone, we usually start feeling depressed. Similarly, other neurotransmitters are hormones that control our emotions. When their levels start decreasing, then a state of depression can be formed. On the basis of which part of the brain these hormones are coming out and how much they are decreasing, symptoms also emerge in the patient of depression.

Although there can be many reasons for depression, according to expert doctors, the following are the main causes of depression.

Depending on the symptoms and their severity, depression can be divided into 3 categories.

This can be called the beginning of depression. This is where the need for a doctor comes from. Usually, there is no need to start the medicine. Its main symptoms are as follows.

In moderate depression, the symptoms tend to be severe. In such a situation, going to the doctor becomes very important. Its main symptoms are as follows.

These are the stages beyond moderate depression. In severe depression, the patient’s condition becomes very serious. Its main symptoms are as follows.

Most diseases can be prevented before they become serious if the symptoms are taken care of. Try to fix your routine. Keep yourself busy as far as you can. In this situation, a change in lifestyle can be done with your own efforts. See a psychiatrist if the problem persists.

The biggest thing is that all types of depression are completely curable. It can start with counseling and if there are more problems than sugar and BP, it can be managed with medication and lifestyle changes. While getting treatment for depression, keep the following things in mind.

Brahmi, Jatamansi, Shankhpushpi, Ashwagandha, etc. are used in the treatment of depression. Medicines are made from them. Ashwagandharishta, Saraswatarishta is prepared. Herbal wine is also used in the treatment of depression. Shirodhara is also beneficial. In this, Jatamansi or other things are mixed in sesame oil, etc. Then the stream is poured on the head for 45 minutes.

Because the food gets disturbed in it. The routine is completely disturbed. Therefore our immunity also decreases. Other vitamins and minerals are also reduced in the body. If there is any other disease along with depression, then the possibility of its progression increases because the medicines are not taken at the right time. They are also unable to take care of the food. If treatment is not done properly, then the patients with depression can become a burden on the family and society.

FAQ: What is Depression?

Q: Do all depression patients need medication?
Ans: When the problem of depression is due to internal reasons like deficiency of neurotransmitters then medication is needed in the treatment.

Q: How do I know if someone has depression?
Ans: Most people come to know that everything is not normal with them. His routine has changed.

Q: Can children also go into depression?
Ans: The problem of depression is less seen in children, but such cases do happen. Especially in children whose parents fight with each other more.

Q: Can tension turn into depression?
Ans: It is not like that at all. Everyone has tension or stress or nervousness, but only a few people have depression.

Benefits of Rice Water: Rice water is the panacea for these 6 diseases!