GST rate hike: GST on food items, know how much the price has increased? 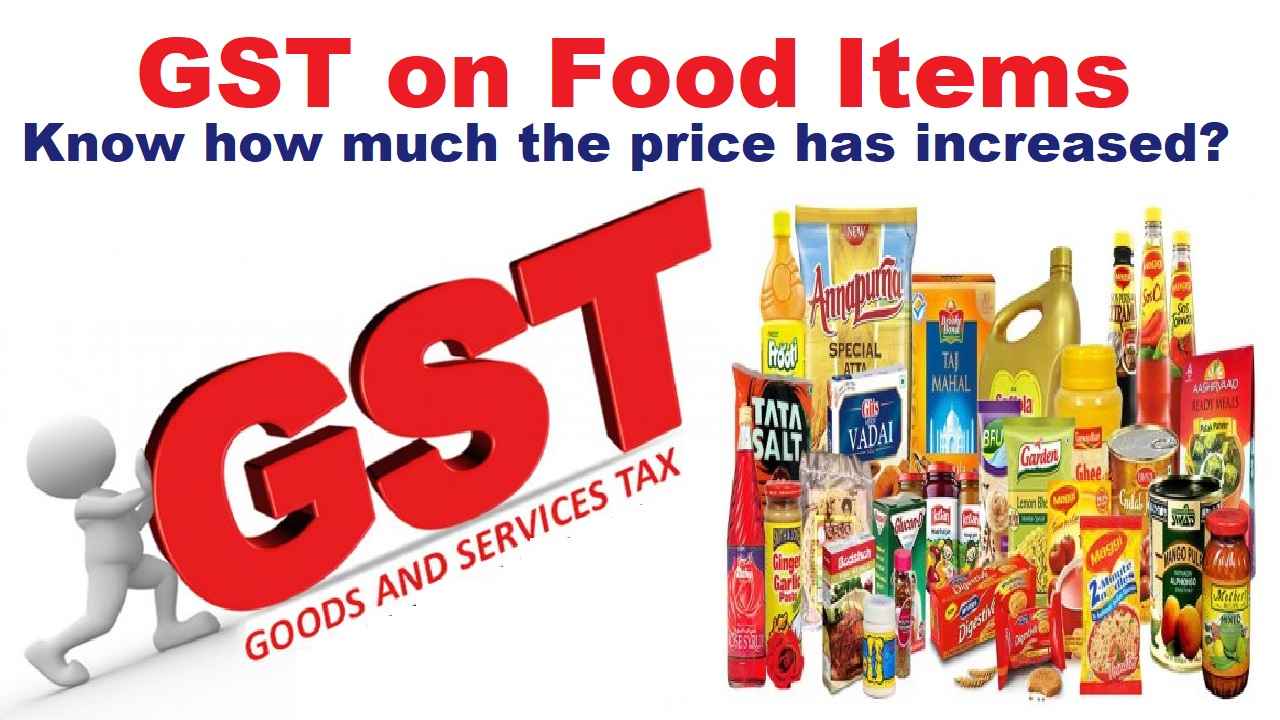 GST rate hike: GST has been implemented on many food items from Monday. These include prepackaged cereals, pulses, flour, buttermilk and curd, and paneer. These household items were earlier kept out of the purview of GST, but now they have been levied 5% GST. Let us know how much the prices have increased due to the imposition of GST on food items.

The pockets of the common people who are facing the impact of inflation may become looser. According to experts, after the imposition of 5 percent GST on many food items, the price of these items may increase by five to eight percent. took place in Chandigarh In the meeting of the GST Council, it was decided to impose GST on many things. These rates of GST have come into effect from 18th July i.e. today.

Atta, cereals, prepackaged pulses, curd, and lassi have been brought under the purview of GST for the first time. Retailers say that the levy of GST on food items will have an impact on consumers who prefer to buy loose goods from grocer’s shops. A clarification has also been issued by the Union Finance Ministry in this regard. If such things are still packed in sacks or packs above 25 kg, then GST will not be applicable to them. It has been told that if the weight of a single pack of food items like pulses, flour, and rice is more than 25 kg, then GST will not be levied on it.

The Gujarat Cooperative Milk Marketing Federation (GCMMF), the country’s largest dairy company making the Amul brand, has increased the price of buttermilk, curd, and lassi by five percent. Amul is now preparing to increase the price of beverages coming in Tetra Packs by five percent. Let us tell you that the rate of GST on Tetra Packs has increased from 12 percent to 18 percent. Tetra Pax is used in the packaging of liquid beverages and dairy products.

Food items will be more expensive

Mother Dairy said that in view of the new rates of GST, the prices of some products are being changed. CavinKare, a company that sells milkshakes, paneer, lassi, and buttermilk under the Cavin brand, said that the organized dairy sector is already under heavy pressure due to an increase in input costs, so the imposition of GST on dairy products will make them more expensive for the consumers.

Gautam Adani gets a big deal in Israel, and Adani Group shares rise!

GST Council has decided to defer the hike in GST rate on textiles (from 5% to 12%). The Council will review this matter in its next meeting in February 2022: Bikram Singh, Industry Minister, Himachal Pradesh on GST Council meeting in Delhi pic.twitter.com/3BM4MJxeFJ