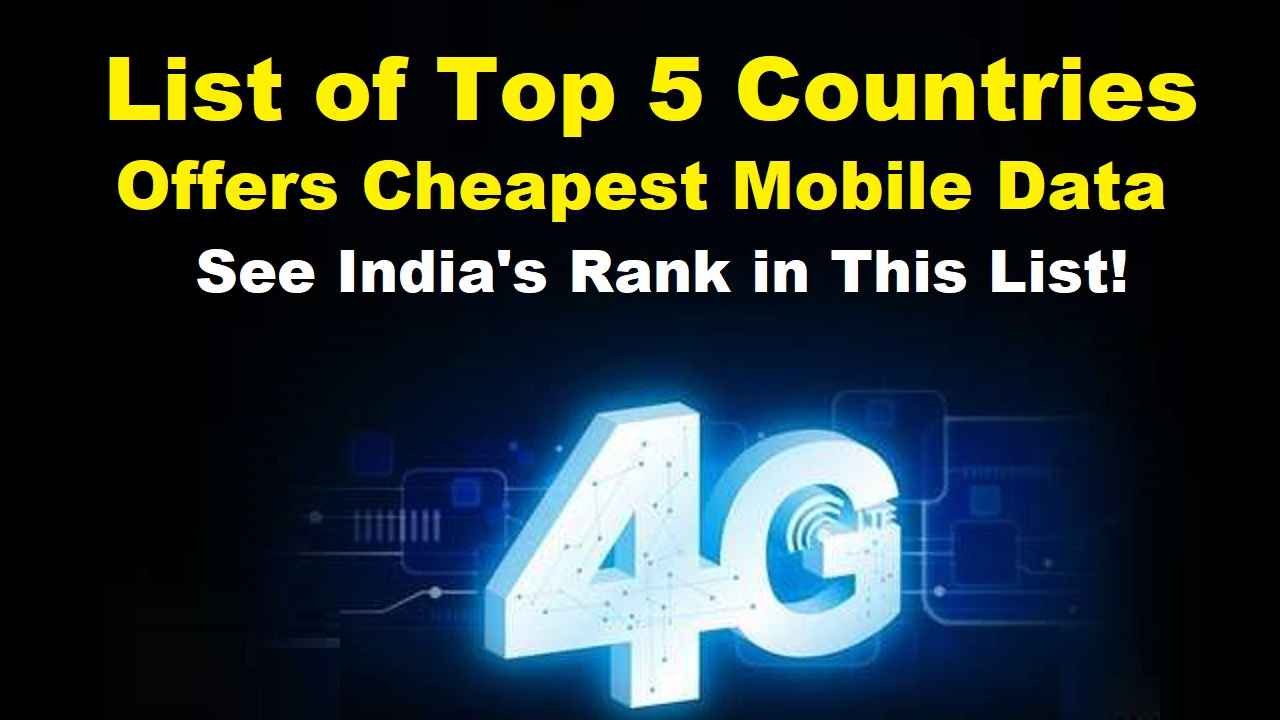 Cheapest 1GB Mobile Data Countries: Nowadays it is the age of the Internet. Today there are many countries where the internet is very cheap. There are many such countries where even today thousands of rupees have to be spent for giving 1GB mobile. Today we will tell you which country gives the cheapest 1GB mobile data? And also you will know about the country giving the most expensive mobile data.

According to the price comparison website Cable.co.uk, Israel, Italy, San Marino, Fiji and India are the top 5 countries in terms of cheap mobile data.

Saint Helena, Falkland Islands, Sao Tomé and Principe, Tokelau, and Yemen are the most expensive countries in terms of mobile data, according to this list by price comparison website Cable.co.uk.

What is the cost of 1GB of mobile data in these countries?