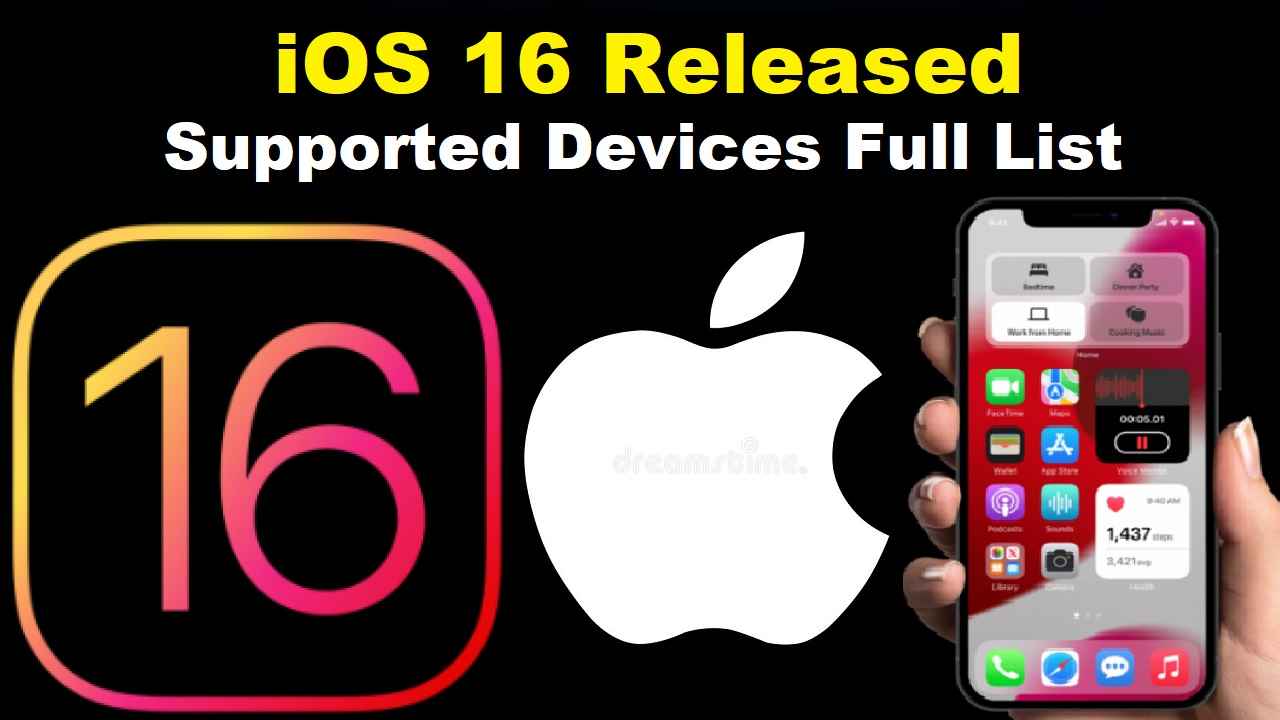 iOS 16 Supported Devices List: Apple, the world’s largest manufacturer of luxury smartphones, has recently unveiled its latest operating system iOS 16. This latest OS of Apple has been brought with many new features. This new iOS version has been given many features like lock screen improvement, improved focus mode, new iCloud shared photo gallery. See the full list of iPhones that will get the iOS 16 updates.

Let us tell you that the iPhone 14 Series, which was launched a few days ago, is sure to get the iOS 16 update. Along with this, there will be many more devices from Apple in which the company’s latest operating system update will be available. The overall experience of users has been improved in iOS 16. Let’s know the iOS 16 Supported Devices List that will get the iOS 16 updates.

List of iPhones that will get the iOS 16 updates

The iOS 16 update will be released for iPhone 8 and later models. Please note that iOS 16 is a permanent version. You will not need to enroll in the beta version to get its update. See the full list of iPhones that will get the iOS 16 updates.

Let us know the iOS 16 Not Supported Devices list which will not get the iOS 16 update.

These iPhones will have iOS 16 preinstalled:

Apple tries to support a variety of iPhone models with each new iOS release. List of iPhones that will have iOS 16 preinstalled.

Let us tell you that every iOS release timeline has a major feature, be it widgets or dark mode. Apple company is quite famous for its security system. Apple may launch the passkey feature in iOS 16. The passkey feature will be a biometric-based sign-in system. About which the company had also given information about the event held in June.

With this iOS, users will now be able to edit or undo sent messages within 15 minutes. Now through the Apple Maps app, users will get to see many features like 3D visuals and multi-stop routing.

Apart from this, users will now be able to notice the improvements in CarPlay as well. With this new iOS 16, Apple will give its users the option to create different lock screens in which you will be able to use unique backdrops and styles.

Apple has also announced the launch dates of iOS 16. The iOS 16 update for iPhone 8 and above will be released on September 12. iOS 16 is a permanent version and you will not need to enroll in the beta version to get the update.

Let us tell you that the OS 16 update will be available for download from September 12. In India, it can be downloaded from September 13. This will come as an OTA update for iPhone 13 and older models.

What is New Labor Code?

What is Algo Trading & how does it works?