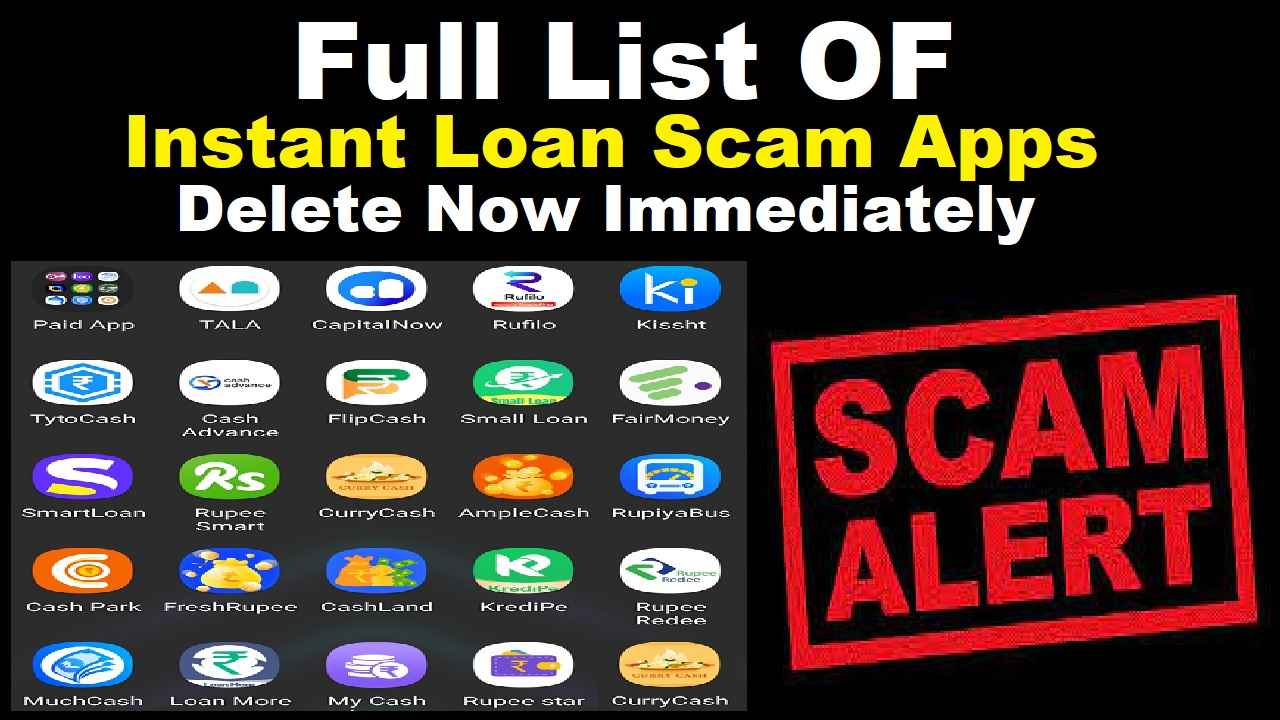 Many types of Instant Loan Apps have come to the fore through which users have been robbed by pretending to be loans. The team of Special Unit Intelligence Fusion and Strategic Operations (IFSO) of Delhi Police has busted the instant loan recovery racket. Let us see the Complete List of Instant Loan Scam Apps which can be deleted from your mobile immediately.

These Loan Scam Apps are Linked to a Lucknow-based extortion call center. Instant loan apps are uploading users’ data to servers located in China and Hong Kong after taking permission. Here’s the full list of the Chinese Instant Loan Scam Apps which have been identified by police.

The Intelligence Fusion and Strategic Operations (IFSO) discovered a fraud connected to loans amounting to 500 crores on Saturday. The police have arrested 22 people over the past two months, who were working at the request of Chinese citizens.

According to the Delhi Police’s Special Cell, the scam included a variety of loan applications made via instant messaging with Chinese connections.

They are accused of transferring the amount of Rs 500 crore into China through the hawala route, or through the investment in crypto-currencies, a government official claimed on Saturday.

Beware of these Instant loan apps:

It has also been found in the investigation that such apps ask for various types of permissions from the users. Be careful with all the apps mentioned here and follow the instructions of the Special Cell of Police.

Get instant approval on these top 5 personal loan online apps

What is depression? Why does it happen?