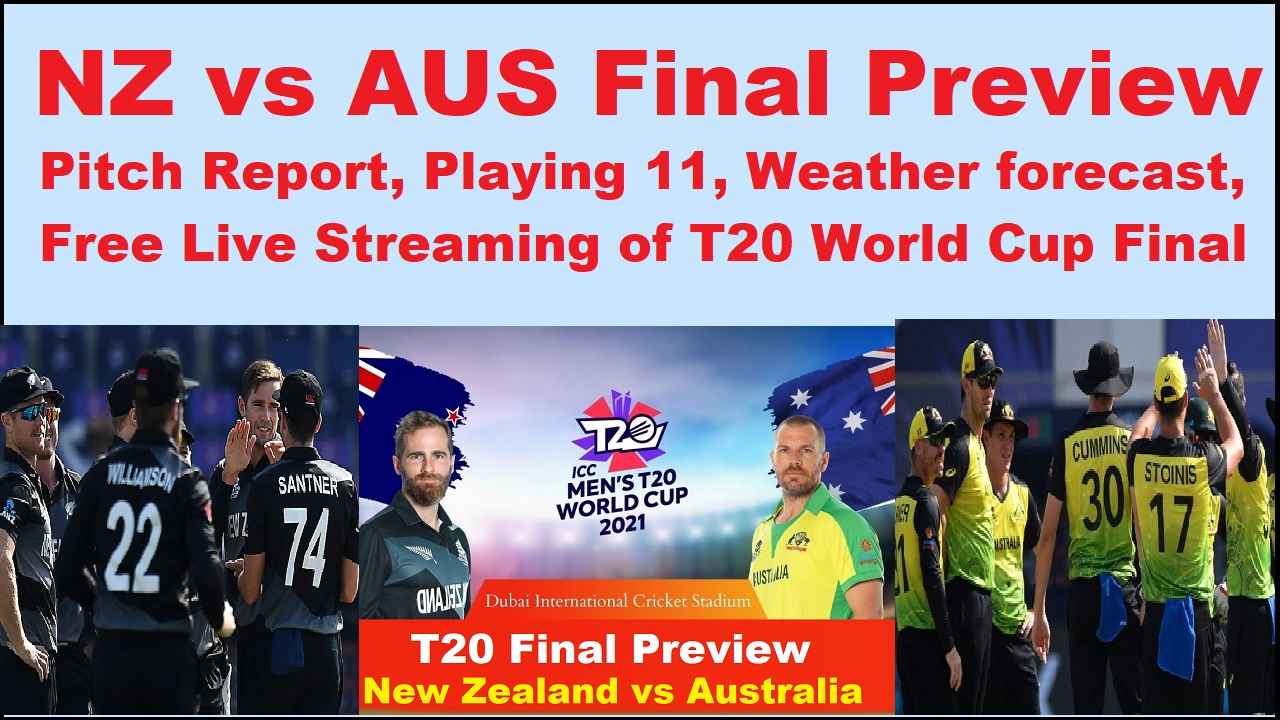 New Zealand vs Australia Final Preview: The final match of T20 World Cup will be played between New Zealand and Australia on Thursday, November 14. On one hand, where Australia’s captain Aaron Finch’s bold and fire style will be seen, the same world ranking New Zealand captain Kane Williamson will won finals of the World Cup with the intention of winning over Australia . Let us know that the full details including playing 11, pitch report, live streaming of NZ vs AUS match to be held on November 14 today.

So far 14 T20 matches have been played between New Zealand and Australia. In which New Zealand has won 5 and Australia has won 9 matches. As far as the two teams facing each other in the T20 World Cup is concerned, there has been only one occasion in which New Zealand beat Australia by 8 runs on a slow pitch in Dharamsala. Today we will give you complete information about T20 World Cup Final Pitch Report, Playing 11, Weather forecast, Live Streaming here.

Let us tell you that there is a possibility of helping spin bowling on this pitch. Here the team that wins the toss will like to chase the score. According to the New Zealand vs Australia pitch report, the bowling edge of Australia and New Zealand can be seen in today’s match. This match is likely to be a low-scoring match.

Batting will not be easy at Dubai International Stadium!

According to the pitch report of the match between India and New Zealand (New Zealand vs Australia pitch report in Hindi), the pitch of Dubai International Stadium is likely to be slow. So batting here is not easy. The ground here is bigger than the grounds of the T20 World Cup Final being held in Dubai, so the batsman here may have trouble hitting sixes and fours. But if the batsmen play on this pitch, then between 150 and 160 runs can be scored on this Dubai pitch.

A total of 73 T20 matches have been played at the Dubai International Stadium so far. In which the team batting first won 34 times. And the chasing team has won just 38 matches. Talking about T20 Internationals, the average first innings score at this ground is 143 while the second innings average score is 123. But the current situation has changed now.

This final match between New Zealand and Australia will be played this evening. The weather is expected to be clear in today’s match. The temperature at the venue is expected to hover around 28-29 degrees. Humidity around 50 percent and wind speed expected to be around 17 km/h.