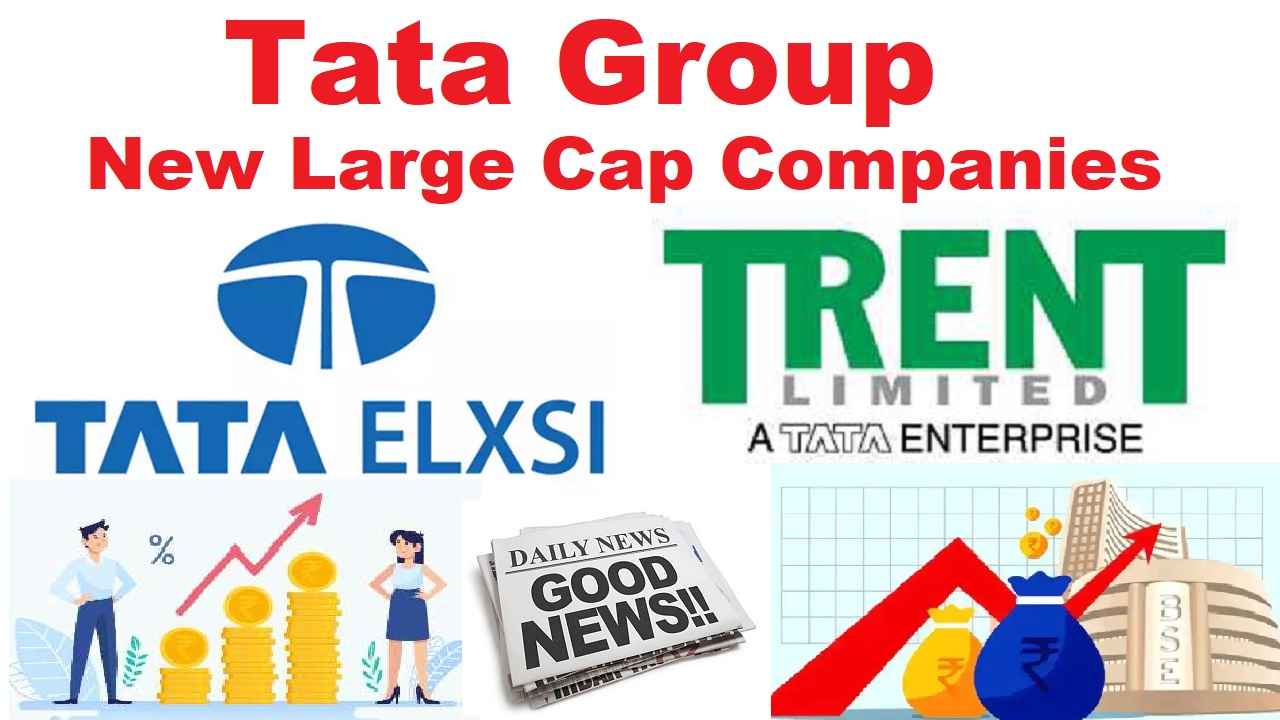 The Association of Mutual Funds in India (AMFI) has released a list of large, mid, and small-cap companies. This list has been made on the basis of six months’ average market cap of the companies. Let us tell you that the names of the two Tata Group companies that have been promoted are…
1- Tata Elxsi
2- Trent Limited

Let us tell you that Tata Elxsi, a Tata Group company, is a design and technology services provider company that provides services to automotive, broadcast, communications, healthcare, and transportation. The same Tata Group’s second company Trent is a retail company. Let us know the complete details of market capitalization and shares of New large cap companies of Tata Group Tata Elxsi and Trent Limited.

List of companies that have reached the large-cap category:

Following is the list of companies that have reached the mid-cap to a large-cap category, released by the Association of Mutual Funds in India (AMFI).

Following is the list of companies that have moved from large-cap to mid-cap, issued by the Association of Mutual Funds in India (AMFI).

Association of Mutual Funds in India (AMFI) releases the list of large-cap, mid-cap, and small-cap companies in India. It was formed in 1995. AMFI is the regulatory body for the mutual fund sector in India. It is a division of the Securities and Exchange Board of India, Ministry of Finance, Government of India.